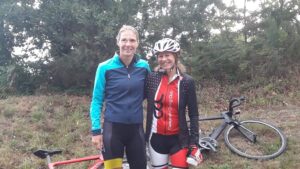 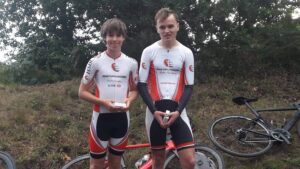 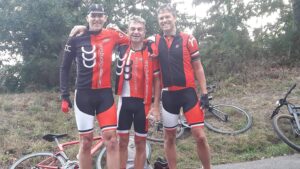 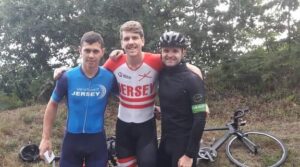 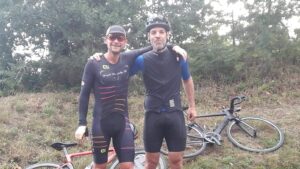 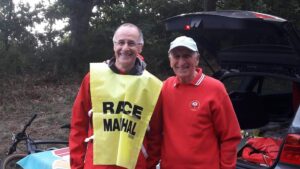 Ovenden took the Jersey Cycling Association championship to claim his 4th title of the season following on from his three JCA Time Trial successes. Ovenden crossed the finish line in 2 minutes and 11 seconds on a slippery morning, with wet roads making the hill’s hairpin corners tricky to negotiate at speed. Tony Cornic’s record of 2 minutes remains in tact.

The climb is an event whereby Juniors are permitted to compete along side the adults and VSJ’s Junior Steven Haley produced a fine ride of 2:34 to place fourth overall and claim the Junior title.  Fellow VSJ riders Sam Carney and George Milner took the Silver and Bronze medals with times of 2:34 and 2:51 respectively.

CCC’s John Derrien produced the ride of the morning to share the Veteran’s title with team mate Mike Harris in a time of 2:37, this being Derrien’s first JCA title in many years.  CCC’s Kevin Pilley took Bronze in the Veteran’s just one second behind the joint winners.

VSJ’s Jo Le Cocq was the First Lady in a time of 3:03, beating Carol Knight of CCC and Susan Williams of VSJ who took Bronze.

Oh and Tony Moffa beat Mike Keighrey in a time trial… the pair were reportedly arguing the definition of a time trial some hours later and a fight broke out allegedly….

The Junior competition was won by Andrew Hamon who was sixth overall. 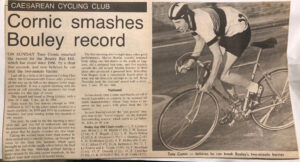